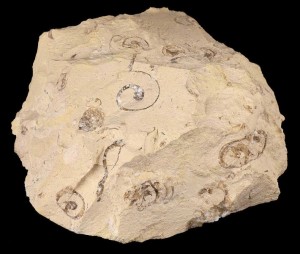 After initial sedimentation, carbonate sediments are progressively buried by new, overlying sediments. In geological terms, limestone and dolomite rocks are formed from sand and mud through processes that take thousands to millions of years to complete.

These processes are multiple :

Compaction significantly reduces the porosity of the carbonate sediment which could originally have been greater than 50%. In carbonates, chemical and mechanical compaction (see pictures below) take place simultaneously, encouraging cementation of the sediment.

Cementation can start on the sea floor, but it is usually completed during the burial process. Soft sediment progressively hardens to form hard rock. During the process, calcium carbonate is precipitated in the pores that could also be filled by other chemical species present in the water (ions).

In some cases, the process stops earlier and the result is then soft limestone formation.

Deeper burial can lead to full recrystallization of the carbonate rock; the rock is progressively dissolved on a microscopic scale. Usually, larger crystals grow and destroy all original structures, such as fossils. Geologists refer to this rock as ‘marble’. It can also be formed when limestone comes in contact with hot, volcanic magma. 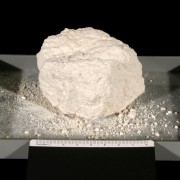 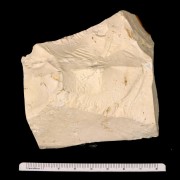 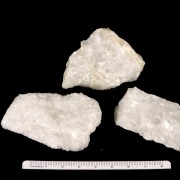 Due to the movement of tectonic plates, it is common to see rocks being totally disturbed at the Earth’s surface. Although deposited as horizontal beds in most cases, these beds can be tilted, folded or even fractured. This can make the selective mining of pure units more difficult and sometimes too expensive.

Fractures in rocks, and especially carbonates, are important. They allow water to enter the system that was closed by earlier cementation. 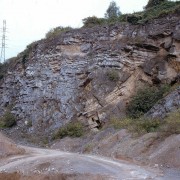 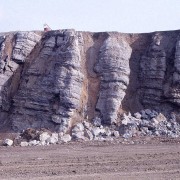 In carbonates, this can lead to dissolution of the rock, especially close to the Earth’s surface, allowing caves to develop.

In limestone deposits, these caves are usually filled with soil material (clay or sand). These soil deposits are responsible for the widespread contamination of stone on the upper benches of quarries.

In some cases, it leads to significant volumes of ‘mining by-products’. It also explains a common practice in the lime industry: thorough washing of stone reserved for burning. 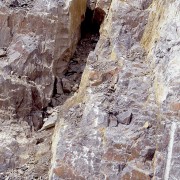 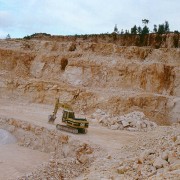 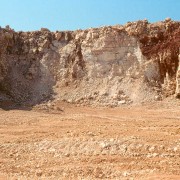 Fractures can also introduce new impurities into the system. Fluids use these pathways to reach the carbonate rock and react with it. This can form a range of new minerals including iron and manganese oxides, shining pyrite or ‘fool’s gold’, purple fluorspar, among others.

These minerals contaminate the carbonate rock, which then has to be discarded when pure lime is being produced.

Dolomite (see below) can also appear at this stage. These minerals sometimes convert limestone into a dolomitic rock, which is used for dolime production. However, in most cases it pollutes the limestone with dolomite inclusions, making mining operations even more complex.